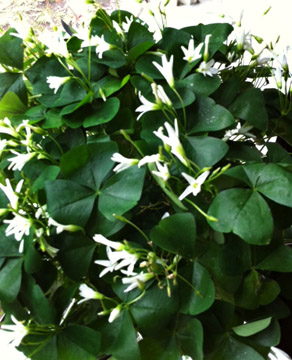 On St. Patrick’s Day it’s often said that everybody is Irish. I’m no exception—even if I am only half Irish.

With my fair skin and freckles, and a maiden name honoring the color of shamrocks and leprechaun duds, you can bet I’ll be celebrating all things Irish this St. Patrick’s Day.

Mostly I’ll be celebrating the luck of the Irish, which I’ve often felt I’ve been blessed with much of my life.

Don’t get me wrong or think I’m bragging when I say this because, believe me, I’ve had my share of heart-shattering moments just like everybody else–where I’ve practically had to duct tape my aorta and ventricles back together to keep functioning. Still I’ve always felt ridiculously lucky (all you have to do is read my posts about why I ended up in Aspen (part one and part two), or my post about how I met my husband to understand why).

Here’s another perfect example: several years ago I decided that I was finally going to write a novel that had been kicking around in my head for years. It was time to stop thinking about it, and just do it, as the famous Nike advertisement once espoused.

Scene after scene poured out of me and onto my computer. The characters consumed me, the words swirled through me; I even began hearing the soundtrack for my book playing in my head as I wrote it. It was magic.

But then I re-read the pile of chapters I had quickly amassed and realized I didn’t know what the hell I was doing.

After writing into the wee hours one night, on a whim, I decided to go online and take a look at an adult education course catalog for our local community college. The school listed several writing classes, but only one fit my schedule: it was called “Write from the Start,” taught by an instructor named Cork Millner. The catalog merely listed the course title, but no description. I wasn’t sure if this would help me with my novel, but I liked the sound of it, and thought the instructor’s name was charming and quirky (or at least impossible for him to be mean).

This is the lucky part: the class started the very next morning. It was like a sign sent from the Lucky Irish Heavens. Clearly, it was meant to be, so without another thought I jumped off my safe, cozy “do it later” cliff and pushed the SIGN UP button.

The next morning as I got ready for class, I was buzzing with the challenge of a new adventure, but also feeling like an awkward sixth grader on her first day of school. The reality of what I had signed up for suddenly hit me. Nerves made my coffee taste like dirt and my hands turn to ice. I hadn’t been in college in years…okay, make that two decades. I’d been busy running our photo agency.

Between the butterflies in my stomach and the rain dumping outside my window, I could barely force myself out the door. To top it off, when I arrived at school the parking lot was full, offering an easy excuse to bail on the whole absurd idea and go have coffee instead.

“Nothing ventured, nothing gained,” I tried to bolster myself as I circled the surrounding blocks multiple times looking for parking.

“The best things in life have always happened when you’ve taken a risk,” I continued until I finally found a spot. “Just do it,” I mentally blasted myself as I pushed the door open and stepped out into the pouring rain.

By the time I finally made it to class I was not only late, but drenched and worn out from the effort. The instructor looked at me with raised eyebrows, and a half smirk-smile as I slinked to the back of the room trying to find an empty seat.

Then he wrote his name, Cork Millner, on the chalkboard, followed by the word CREATIVE NONFICTION.

WHAT? Nonfiction? Crap. My Irish luck suddenly felt like anything but.

I guess this wasn’t meant to be after all, I moaned to myself. I want to learn how to write a novel, not magazine articles or memoirs.

I thought about creeping back out the door right then, but sat paralyzed in indecision and pride. I’d already made a pathetic entrance into the class. I couldn’t bring myself to make a humiliating exit too.

So I stayed. And I listened. And I looked around. In no time I realized that the witty and seasoned instructor standing at the front of the class, who also happened to be a former Navy fighter pilot and the author of numerous books and hundreds of magazine articles, could teach me a thing or two about the art of writing, no matter what type it was.

Thus began one of the luckiest leaps of faith I’ve ever taken. Not only did Cork Millner teach me the most important things I’ve learned about structure, imagery, and the business of being a writer, he also taught me dozens of things I didn’t even know I wanted, or needed to know: particularly that creative nonfiction is my passion.

Blogging, sharing Jeffrey’s photography adventures from around the world and creating an ecclectic mix of health, fitness, food and feature profiles has filled my creative cereal bowl with a pile of sweet, colorful Lucky Charms.

Because of that, an extraordinary mentor was dropped into my life–one who offered me the perfect amount of encouragement, criticism, and wisdom, all at the right time.

Not only that, but Cork’s class also offered a place to meet and learn from dozens of other writers far more talented than me–all kindred spirits who cannot not write, and who feel compelled to share their ideas with the world. Many of these people are doing extraordinary things in addition to writing—like helping people with Post Traumatic Stress Disorder, working to eliminate plastic bags in Africa, helping families grappling with cancer,  or showing people with dyslexia that it’s possible to become a professional writer. 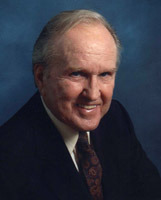 Cork and his class will always remind me that luck rarely comes without taking risks, and even more important, the harder I work, the luckier I become.

So here’s to celebrating the luck of the Irish, and a man named Cork for whom I will always be grateful for making a staggering difference in my life (and no, that’s not because I’ve been nipping on Irish whiskey).

Thank you Cork, and Happy St. Patrick’s Day everybody!

Drop me a comment! I’d love to know who or what in your life has made you feel lucky!