For the first time in more than two decades, Burmese people have something to celebrate, and because of that, so do we.

According to an article in Sunday’s edition of The New York Times, Aung San Suu Kyi, Burma’s democracy leader and Nobel Peace laureate, has unofficially won a seat in Burma’s Parliament (click on the link above to read the entire article).

The utter joy and disbelief expressed by the people in this photograph below says everything. 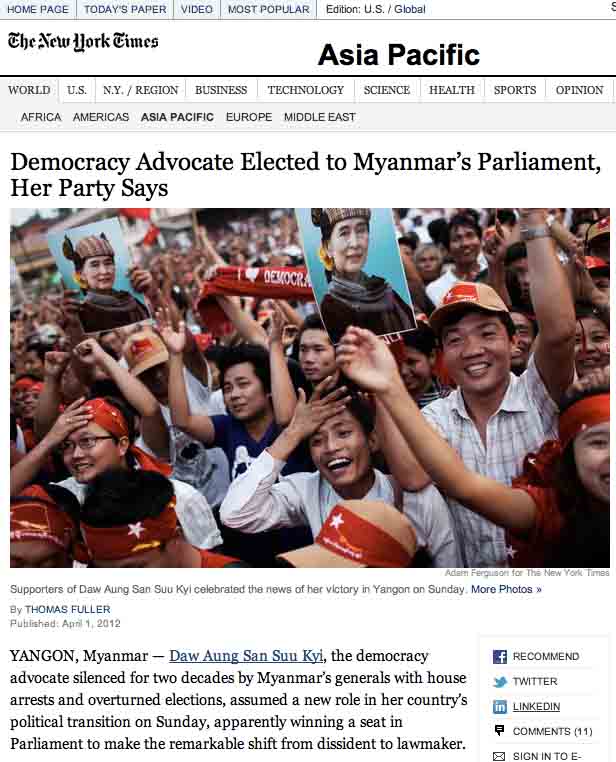 Even though she will be joining a government that is still overwhelmingly controlled by the military-backed ruling party, it is a powerful symbolic step in the right direction.

Many of you may remember that Jeffrey photographed Aung San Suu Kyi in 1989 when she was first placed under house arrest during a brutal military crackdown.

If you missed my posts describing those heart-racing moments, you can click on the two links below to read about it and see what life is life in Burma (now called Myanmar).

Beyond Rangoon Part I

During the past twenty-three years Aung San Suu Kyi has spent the majority of her life under house arrest, and when she pulled off a stunning political victory in 1990 (even though she was was under detention and forbidden to campaign), the elections were promptly overturned by Burmese generals.

After so much time and so much suffering, it’s exciting to think that things may finally be moving in a positive direction for the Burmese people and Aung San Suu Kyi, who has sacrificed everything for her country. Let’s hope this first step is one of many to come, which will lead Burma in a brave new direction. 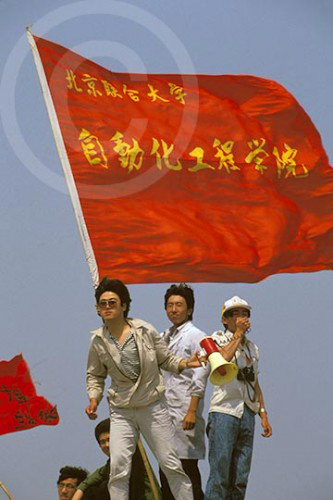 SUMMER 1989: Jeffrey arrives home safely from Beijing and I count my blessings that he has avoided harm while photographing the Democracy Movement and its grim aftermath.

I can see in his eyes though, that he’s changed by what has transpired; not in ways that others might notice, but in subtle ways–mostly in the intensity of his resolve.

The brutality of the Chinese government lights a fire in his consciousness that later propels him to create a powerful visual testimony of what took place during the massacre (a story that will be chronicled in my book).

That summer, while we both process everything that has happened, we’re happy to have the luxury of multiple uninterrupted weeks together…at least in between doing several photo shoots for Business Week, Rolling Stone and The New York Times. We’re in the same time zone though, and able to have dinner together nearly every night, so we drink in each others’ presence and appreciate the time we have together. We even manage to squeeze in things like hiking and cycling, concerts and movies, just like other couples.

Normalcy helps balance out the underlying sadness and anger we have about all the young, innocent people in China who have been murdered. Life marches on though, and it becomes clear why journalists must move on too; otherwise they would be paralyzed by what they have experienced.

September arrives in the blink of an eye and Jeffrey leaves me amidst the blaze of golden Aspen trees and heads back to Southeast Asia–this time to photograph the withdrawal of the Vietnamese from Cambodia. The Vietnamese have occupied Cambodia for more than an decade and it’s a cause for pomp and celebration in Phnom Penh when the last soldiers leave. 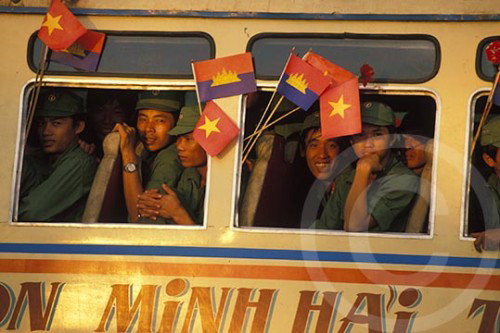 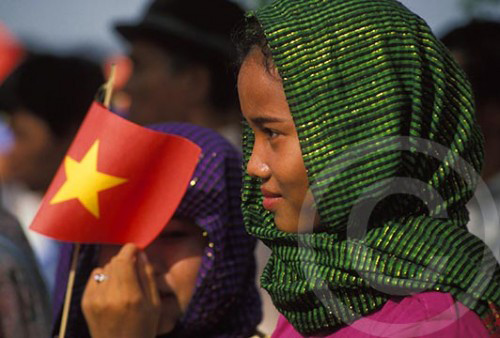 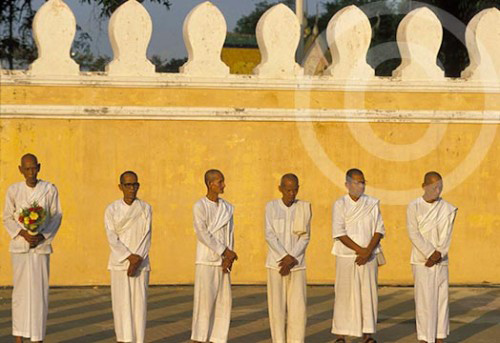 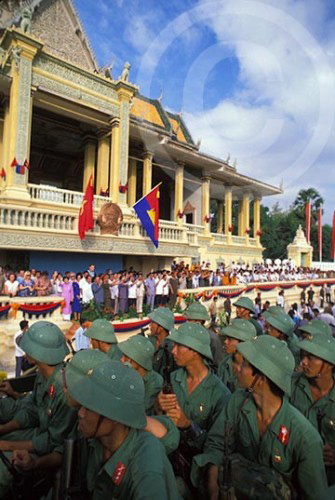 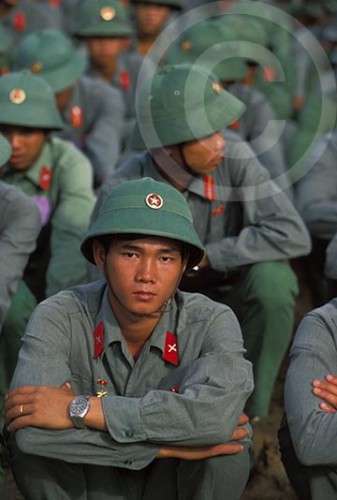 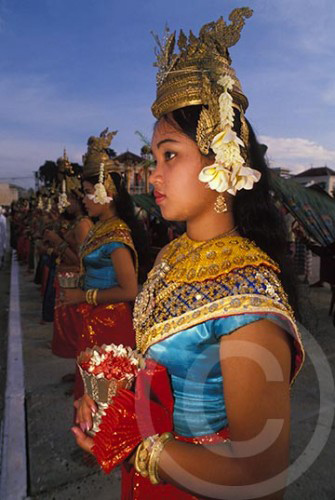 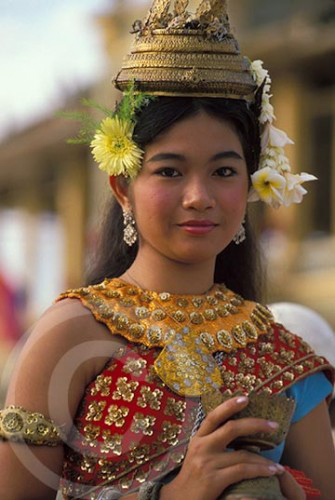 In between this assignment in Cambodia and his next one in China, Jeffrey calls me from Bangkok. My heart melts from the sound of his voice.

It doesn’t take long before he’s telling me some crazy story about sharing a ride across Vietnam to the Cambodian border with three journalists from the Iranian News Service.

Knowing he’s safe and that he’s successfully completed his assignment in Cambodia, it’s impossible for me to repress my laughter when he describes being squished in the back of a tiny, sweltering rattletrap car, suffering through hours of heated conversations with three big Iranians who still consider America the Evil Empire.

“You think that’s bad,” he laughs, “You can’t believe the piece of shit Russian helicopter from the 60’s that I flew in across Cambodia. I thought the thing was going to disintegrate during take off. Parts of it were literally held together with duct tape.”

I have no idea what he’s talking about, but when he begins telling me the details of how a Thai journalist had bribed his way onto the helicopter with a bunch of Vietnamese generals, and had invited Jeffrey to join him so he could save three days of driving to a ceremony for the withdrawal of Vietnam’s military, I can picture it all as though I’m watching a scene from an ill-fated movie.

The barefoot Cambodian pilot. The dripping humidity. The porthole windows. The sickening noise of the rotors straining to lift the aircraft.

I count my blessings that Jeffrey’s story doesn’t end with an explosive crash like most Grade B action movies.

“Needless to say,” Jeffrey sighs, “I’m happy to be back in Bangkok.”

Needless to say, I’m glad he is too.

I also realize at that moment that while this life we’re just beginning together verges on nail-biting insanity, I also know I’m already hopelessly in love with the guy on the other end of the phone.