Nelson Mandela turns 94 today. And what an extraordinary 94 years this man has lived! Few people in the world inspire me more.

“No one is born hating another person because of the color of his skin, or his background, or his religion. People must learn to hate, and if they can learn to hate, they can be taught to love, for love comes more naturally to the human heart than its opposite.”
–Nelson Mandela

Clearly, millions of others feel the same as I do, as people from all across the globe are celebrating Mandela’s remarkable life by taking part in Mandela Day.

“The overarching objective of Mandela Day is to inspire individuals to take action to help change the world for the better, and in doing so build a global movement for good.”

Citizens worldwide are devoting 67 minutes of community service to pay tribute to Mandela’s 67 years of service, and the profound impact South Africa’s first black president, Nobel Peace Prize laureate, and anti-apartheid activist has made on the world

I encourage you to take part in Mandela Day too.

Click here to read 67 Ways to Change the World. I think you’ll be surprised by how easy it is to make a difference. 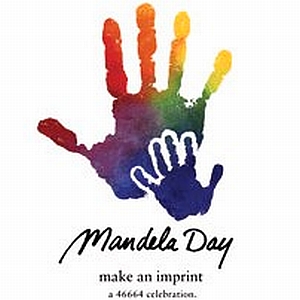 How do I plan to make a difference today? By doing three simple things: 1) Sharing this idea and hopefully inspiring others to do the same, 2) Delivering meals to homeless people here in Santa Barbara, and 3) Donating art supplies and clothing for a project my friend, Lori Robinson, is supporting in Africa. You might remember my post about Lori entitled, Africa’s Beautiful Bag Lady. Not only is she still working on trying to eliminate plastic bags in Tanzania, but she’s helping with a project called Dancing Hope. This project’s goal is to help children in one of the largest slums in Africa by giving them the gift of art and music. Click here to learn more.

I can think of no better way to kick off this day than to post a rousing version of “Free Nelson Mandela.” This 1984 protest song, railing against apartheid and Mandela’s imprisonment, will forever be etched in my memory, and take me back to the days of dancing on the lawn at Lewis & Clark College, where a small, but boisterous group of student protesters built a shantytown, demanding our school divest from South Africa. It’s an indelible reminder of what is possible when the world comes together in all its different ways to create change.

This version was sung by the late Amy Winehouse during the 2008 “46664 Concert” in London. 46664 concerts are a series of AIDS charity events played in honor of Nelson Mandela by South African musicians. Mandela was imprisoned on Robben Island in 1964, and was the 466th prisoner to arrive that year. 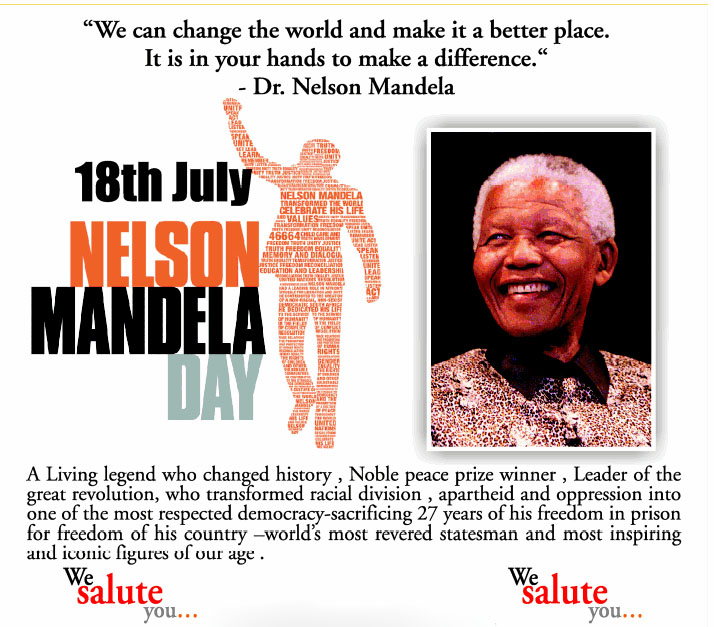 How has Nelson Mandela inspired you? Will you be participating in Nelson Mandela Day? If so, how do you plan to make a difference (big or small)? One way you can take part is by sharing this post so others can be made aware of this special day and the numerous ways to get involved.

PS: Check back tomorrow and read about what it was like for Jeffrey to be at the frontline of history, photographing Nelson Mandela when he became South Africa’s first black president in 350 years.