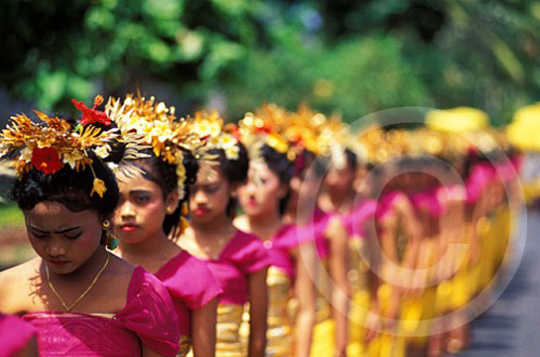 Behind the scenes: It’s 1992 and Jeffrey is photographing on assignment for Newsweek in Bali, Indonesia. The king’s wife has died, and an auspicious day has finally arrived for her funeral ceremony.

For Hindus, the days between death and ceremony are spent in intense preparation as they organize the myriad details involved in rituals leading up to the cremation. It’s believed the soul of the dead can only leave the body once the body’s five elements of air, earth, fire, water and space have been returned to the cosmos. Once this happens then the soul can depart and find its new life through reincarnation. Mishandling of any small detail can prevent the soul from reincarnating. 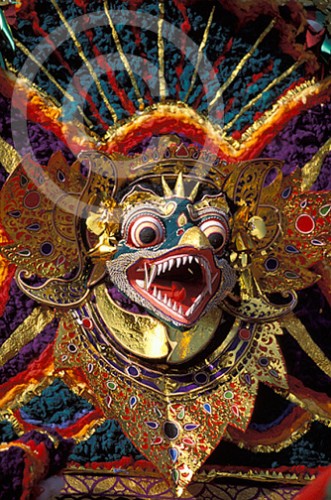 The Balinese have spared no detail in this elaborate three-day event, which is taking place in Ubud, the cultural center of Bali.

Jeffrey has been working in Asia non-stop for over a month, and can feel the weight of the pace he’s been keeping—photographing everything from a story on rice in Japan to a feature on the Yangtze River in China to yet another on Beijing’s lively outdoor markets—but he’s also energized by this visually compelling and culturally important event.

As Jeffrey stands photographing next to his friend, Robin Moyer, who is working on assignment for Time Magazine, the two men can’t help but laugh at themselves. Every person in attendance is required to wear traditional dress during this formal ceremony. Photographers are no exception. Not only are both men sporting batik sarongs over their Levis but also Indonesian udengs (wraps) on their heads. While Indonesian men look handsome, the two of them look absurd. 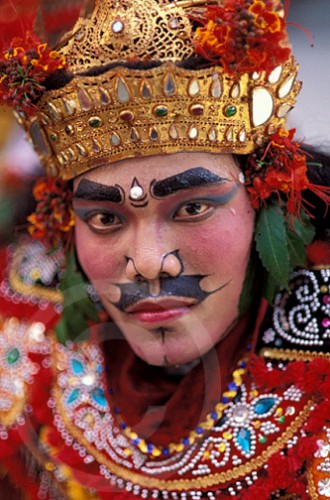 It is over 100 degrees with humidity equally as brutal, but Jeffrey pays little attention to the heat. Everywhere he looks he sees a blaze of color. High priestesses carry out blessings and holy water ceremonies, musicians and dancers perform traditional movements, women adorned in vibrant dresses carry offerings atop their heads, and others lead a procession which eventually arrives at the funeral pyre.

When the elaborate pyre is finally lit, it quickly catches on fire and bursts into hot flames. It is this moment the Rajah’s wife’s soul is released into the cosmos to seek its karma and reincarnation.

What Jeffrey witnesses is an awe-inspiring celebration of Balinese culture. Gratitude brews beneath his sweat-drenched udeng as he knows once again that his camera has opened a door to a place and time that he otherwise never would have experienced.

This image was created with a Nikon F4 camera, Nikon 80-200mm lens, and Fuji Velvia film.

To view a few more images from this ceremony in Bali, click here or on the photo of the musicians to the left.

What cultural ceremony or event has stirred your soul? I’d love to hear your most memorable moments!