When I was a kid my family spent every 4th of July at my Auntie Margie and Uncle J’s house. Uncle J would unfurl the American flag from the top window of their classic Craftsman house, then he’d fire up the BBQ while Auntie Margie and her two sisters prepared food in the kitchen, telling stories and chortling about life’s absurdities—especially the challenges of raising a gaggle of kids.

Auntie Margie had six kids—three boys and three girls, all whom I adored. Mom had us four kids and my other sweet auntie, Katie, had a small brood herself, with three girls and a boy.

We were a tight clan, especially on the 4th of July, when a blaze of cousins, and later, second cousins, would find all sorts of ways to get into mischief. If we weren’t sneaking food or running around my aunt and uncle’s one-acre property, we were throwing walnuts or crabapples at each other, lighting fireworks, starting water fights or playing Marco Polo in the swimming pool. Grandma, our no-nonsense pillar of dignity, would sit in a woven lawn chair taking it all in, trying not to chuckle at our antics, but always being betrayed by her twinkling eyes. 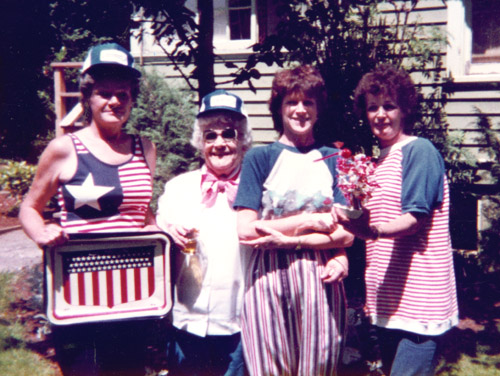 I loved everything about our rich family 4th of July tradition, from Credence Clearwater Revival playing in the background to the photograph we took every year in which everybody lined up and said, “Cheeez” for posterity. 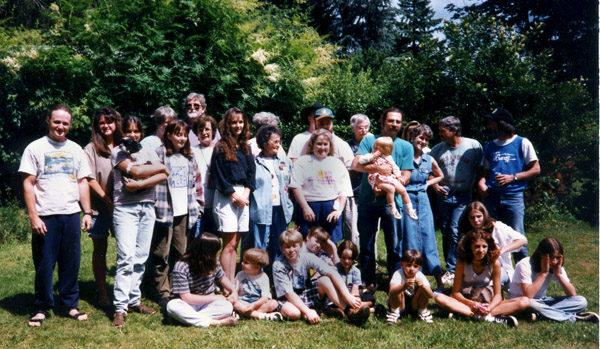 The other thing I loved was knowing exactly where I’d be every Independence Day. It felt comfortable and predictable.

The fact of the matter is that it was the only place we could be. That is if we wanted Auntie Margie to be part of the celebration.

Agoraphobia is a mental disorder that affects 3.2 million people. According to Medicine.net, it’s defined as:

“A fear of being outside or otherwise being in a situation from which one either cannot escape or from which escaping would be difficult or humiliating. It is a subset of panic disorder involving the fear of having a panic attack in such environments.”

Panic attacks often involve intense fear, disorientation, rapid heartbeat, dizziness or diarrhea, and sufferers may go to great lengths to avoid situations which may trigger them. In severe cases they may become unable to leave their home or safe haven.

There are a number of theories about what might cause agoraphobia, and like other mental disorders, it’s usually triggered by several factors–everything from genetics (it tends to run in families) to repeated exposure to anxiety-provoking situations to things like alcohol or cigarettes. It’s twice as common in women than men, and usually occurs between 20 and 40 years of age.

Auntie Margie’s case was severe. She literally did not leave the confines of her one-acre property for more than thirty years. No, that’s not a typo. Thirty years.

Before you start envisioning creepy images of Howard Hughes or some socially deranged person, you should know that Auntie Margie was the farthest thing from that.

In fact you’d never know she had a mental illness. She was up on all the news, pop culture, and music. She was a voracious reader. She wore make-up, painted her fingernails, hosted fancy Valentine’s Day gatherings, had a fantastic sense of humor and was wildly creative—a painter, gardener, seamstress, craftsperson, woodworker, house designer. Most of all, she was a superb actress.  She never talked about her struggles and in fact, acted as if her life was just like yours or mine. 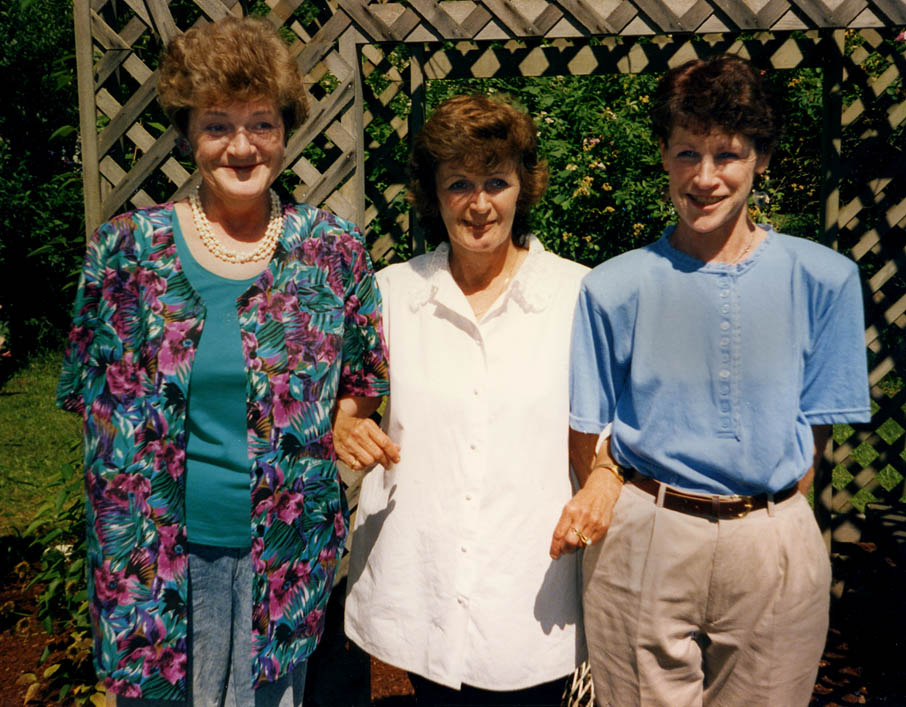 Auntie Margie (left), Mom, and Auntie Katie in one of Margie's beautiful gardens

I loved Auntie Margie deeply. She was like a second mom—somebody I felt a connection to from an early age—especially after living next door to her for the first six years of my life. We laughed and talked in her kitchen, and we played games like Boggle and Uno. She French braided my hair, sewed me dresses, and let me help in her garden. I always felt special when I was with her, even if we were just shooting the breeze and eating cucumber sandwiches under the apple tree in her backyard.

Auntie Margie’s agoraphobia haunted me though, especially as I got older. I wanted to get her help. I wanted to break her free of her chains.

So what stopped me from getting her help?

My mom warned me over and over, “If you confront her about it, she’ll never speak to you again.” Mom and I argued about this more than a few times. “How could we NOT get Auntie Margie help?” Mom loved her sister more than anything, but she was paralyzed by fear too. So was the entire family. Margie’s agoraphobia was the elephant in the room nobody talked about, even though everybody wanted to do something to help.

Her husband, a World War II veteran, and a man of extreme honor, carried the burden of her illness for more than three decades. I will always consider him a King Among Men because most husbands never could, or would have endured what he did. It’s impossible to imagine the range of emotions he must have felt all those years, but he stuck by his wife and kids in sickness and in health, in good times and in bad.

And then after thirty-two years, one day, by some miracle, Auntie Margie left the house.