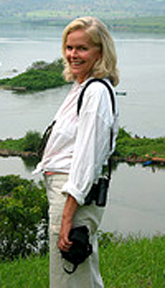 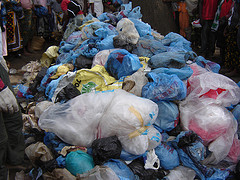 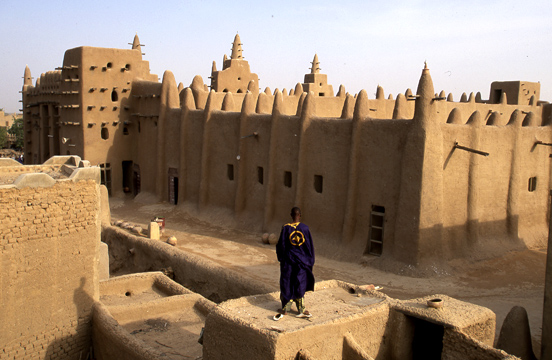 Behind the Scenes: It’s February 28, 2002 and Jeffrey is working on A Day in the Life of Africa, a book project in which nearly 100 photographers from around the world are participating in a historic, one-day documentary of Africa.

Photographers are spread out across 50 nations, from Cairo to the Cape of Good Hope, all trying to capture what is unique about the people, geography, and customs of this continent.

Jeffrey has chosen the West African nation of Mali—specifically, Mali’s medieval city, Djénné. He is intrigued by its massive Grand Mosquée, which is not only the largest mud-brick building in the world, but also a UNESCO World Heritage Site. Built in 1905, it was modeled on a mosque first erected on the site in the 11th century. Every year, after the rainy season, much of the population helps repair and resurface the mud walls.

On the day of the shoot, Jeffrey and his interpreter Musa (Moses), drive all the way from the capital of Bamako, about 250 miles away, then immediately seek out the Imam, the leader of the Djénné Islamic community. They know they’ll need his permission to enter the mosque.

The two venture down narrow dirt alleyways, passing modest mud-pressed houses, eventually ending on the steps of the Imam. When the leader welcomes them inside, Jeffrey can’t help but notice an exquisite Swiss-made grandfather clock as well as a large-screen television.

As is customary, the three men have tea, then Jeffrey finally asks the Imam (through Musa) if it’s possible to photograph inside the mosque. The Imam rubs his chin, then promptly says, “No, it is not possible.”

Jeffrey, who has flown half way around the world to photograph this landmark, tries to keep his cool. “Why?” he simply asks.

The Imam replies, “No non-believers are allowed inside the mosque.”

Then he begins a long, convoluted story about how an Italian fashion photographer had recently been allowed in, deceiving them with his project, and bringing shame to their community. “He asked my permission, which I granted,” the Imam fumes, “then he took a woman there and had her remove her proper clothing to be photographed in a swimming suit. That is against our beliefs. We can no longer allow non-Muslims or non-believers inside.”

Jeffrey can feel the weight of his response pressing on his optimism. Not to be dissuaded though, he continues his appeal. “I will only be going in with Musa, and I will abide by all your rules. My only objective is to show the world what a magnificent place of worship you have here in Djénné.”

The Imam does not budge in his response. Jeffrey continues, “All the money raised from this book will go toward AIDS awareness in Africa. I only want to do something that is good for your people.

The Imam listens to Jeffrey’s plea, then suddenly begins hinting at a bribe. “See this fine grandfather clock. A very important person donated this to me when he wanted to see the mosque. And see this television? That was another donation by another important person.”

Jeffrey is immediately disgusted. “I’m sorry, but my only donation will be making a photograph that will show the beauty and magnificence of your mosque. And that donation will contribute to the book, which will raise money for the African AIDS Education Fund–yet another donation. If that is not enough, then I will not be able to photograph inside.”

As Jeffrey and Musa leave, Jeffrey starts thinking of Plan B. He tells Musa, “We are going to walk around this entire mosque—all 360 degrees—until we find a place that will be even better than if I had photographed inside.”

It doesn’t take long because as they’re walking down a narrow alley, Jeffrey notices a man praying on top of a nearby house. Musa talks to the man and explains what Jeffrey would like to do. In no time, they are up on the roof creating the photograph you see above. It not only captures the grandeur of the mosque, also but gives a broader glimpse into the culture of Mali.

Jeffrey had several other photographs of Mali published in the book as well. 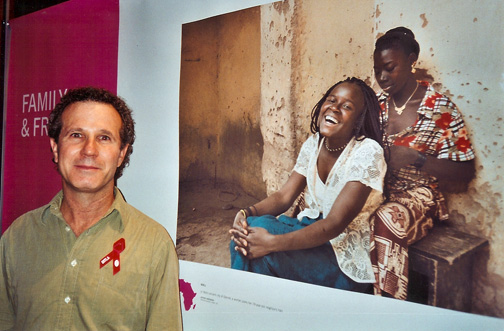 Jeffrey Aaronson in Grand Central Station during the opening for A Day in the Life of Africa. Here he's standing in front of another of his images published in the book.

You can see the tapestry of images from this project and a list of the participating photographers by clicking on the links below:

Washington Post slideshow of images from A Day in the Life of Africa.

Photographer profiles and the countries in which they photographed. 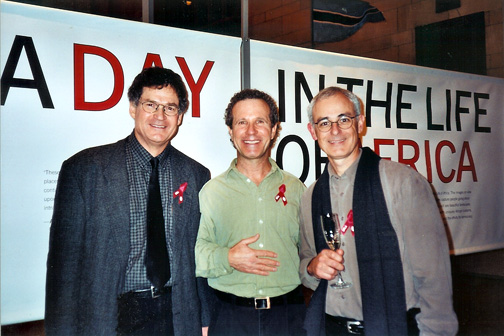 Photographers Paul Chesley, Jeffrey Aaronson, Michael Lewis in Grand Central Station at the opening for A Day in the Life of Africa 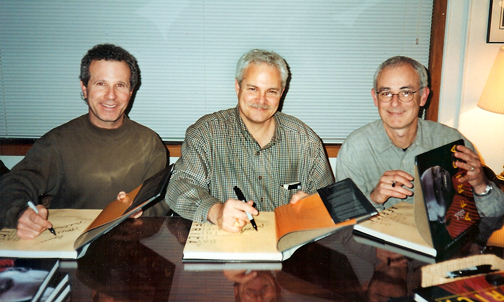 Photographers Jeffrey Aaronson, Larry Price and Michael Lewis at a book signing for A Day in the Life of Africa 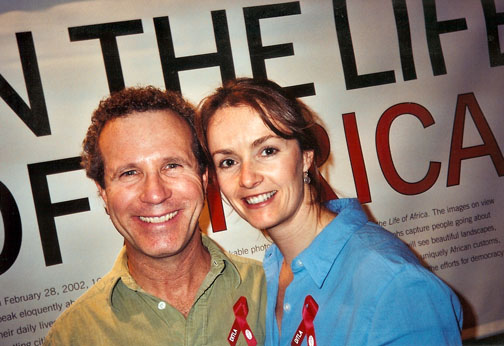