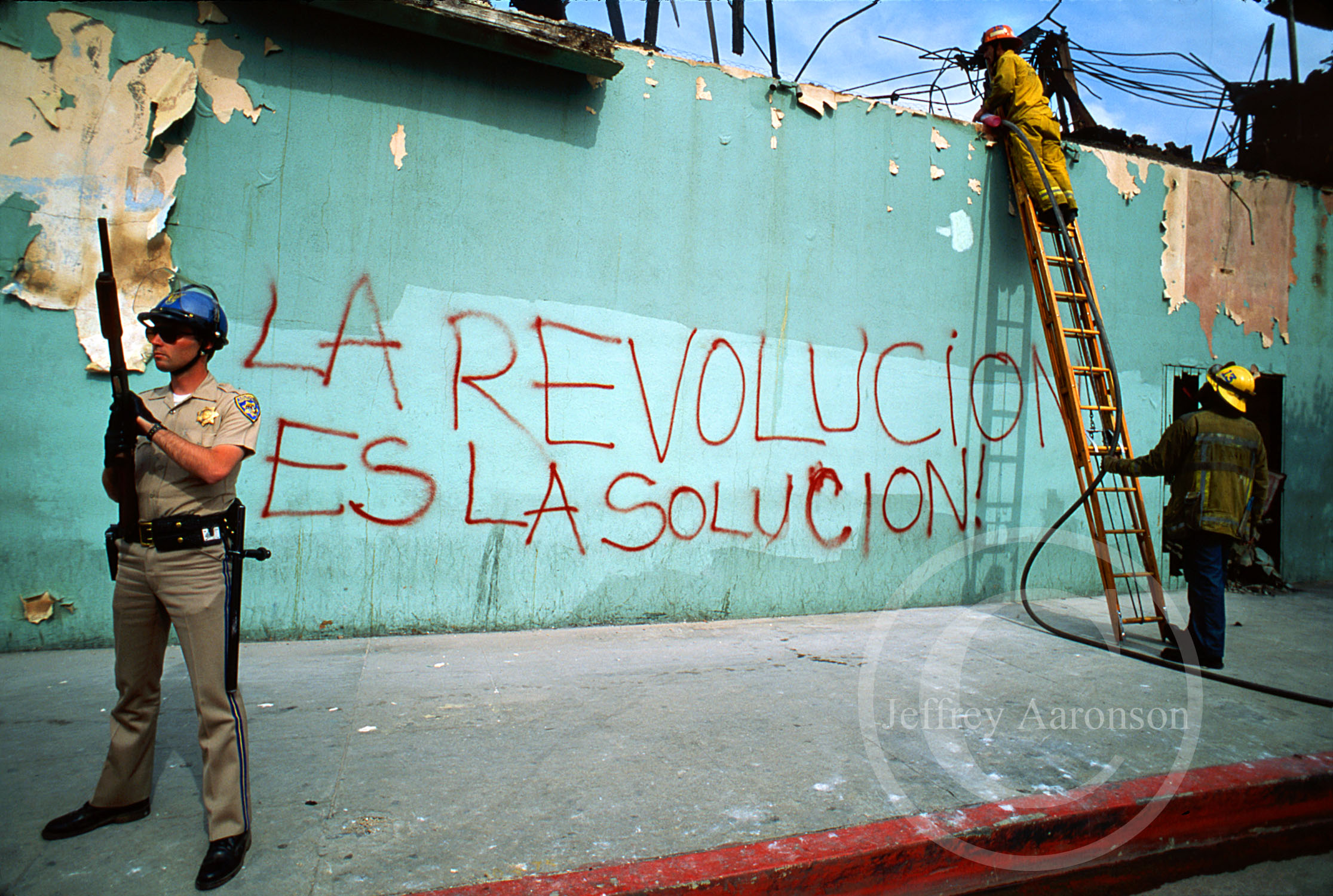 Behind the Scenes: It’s late April 1992 and all hell is breaking loose in South Central Los Angeles. Four LAPD officers—three white and one Hispanic—have just been acquitted of brutally beating black motorist, Rodney King, and the verdict has ignited a firestorm of rage in the black community. After years of police brutality, racial injustice, and economic disparity, hundreds are rioting in the streets.

15 thoughts on “Thursday’s Picture of the Week: Los Angeles Riots”