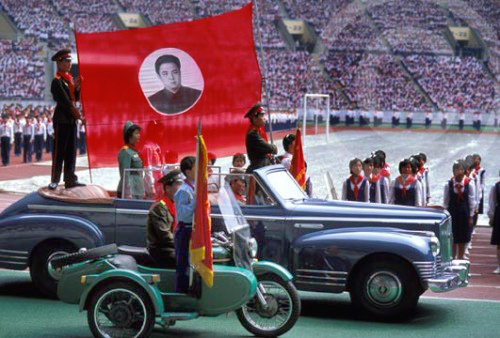 Behind the Scenes: It’s 1991 and Jeffrey is working on assignment for Time Magazine in Pyongyang, North Korea.

Excerpt from my upcoming book, The Art of an Improbable Life…

The stadium is brimming with over 100,000 people, all here to celebrate his birthday. It’s not exactly Jeffrey’s style, being the low-key-birthday-kind-of-guy that he is, but he indulges on this particular April day. First comes music, followed by a parade of synchronized dancers and gymnasts, then flags swirl and paper cards flash into vibrant scenes as they’re turned over by participants. Jeffrey is stunned by the scale of it all.

It’s the most surreal birthday of his thirty-six years.

As luck would have it, not only is it Jeffrey’s birthday, but it’s also Kim Il-Sung’s birthday, which means it’s North Korea’s most important national holiday. The preparations for this grand event have been under way for months and its participants are worked up into a frenzy as they celebrate the birth of their “Great Leader.”

As Jeffrey stands at the top of the stadium stairs, looking out at the sea of North Korean humanity and trying to absorb the magnitude of this patriotic extravaganza, he obediently asks his guide, Mr. Kim, if he can take a picture of the children. He has been told that he must ask permission to take any photograph while in North Korea. When Mr. Kim nods at his request, Jeffrey lifts his camera to his eye and begins capturing the exuberance of Young Pioneers as they shake bright pink pom-pom flowers in rhythm to the booming music.

Then he asks if he can photograph the dancers twirling flags and the workers marching with Communist banners. As he does, a thunderous applause suddenly erupts and Jeffrey turns to see what’s happening. Two 1940’s Russian convertible cars emerge onto the stadium track carrying a larger-than-life banner of Kim Il-Sung and his son, Kim Jong Il. Jeffrey instinctively lifts his camera and starts shooting again.

The next thing Jeffrey knows, two powerful hands grip his shoulders and launch him down the concrete steps of the stadium. He sees and feels a cascading swirl of music, pom-poms, faces, sky, and cement. His knee hits first, then his elbow and shoulder, followed by his head, as he tries to cradle his camera to protect it from the fall.

Pain engulfs him. As he looks up, dazed, all he sees are two shiny black shoes standing next to his face like sentinels. After shaking off his confusion, fury rips through him, especially when he realizes his 80-200mm zoom lens is damaged. Knowing he must keep his composure in this Orwellian-like country though, he asks Mr. Kim without an ounce of expression, “Why did you just do that?”

…After wrapping up one of the strangest and most stressful projects of his life, Jeffrey boards a rickety train heading back to Beijing. His guide, Mr. Kim, looks at him with a cardboard smile and says, “Mr. Jeffrey, I hope to warmly welcome you back to Korea.” Then without blinking, he says, “If the pictures you took are ever used for negative propaganda, you will regret this for the rest of your life. Have a safe journey, my friend.” 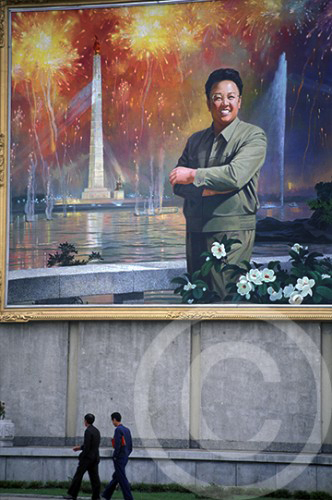 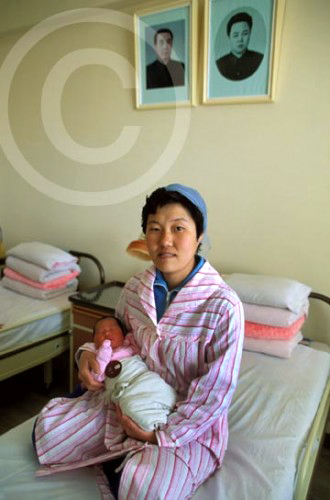 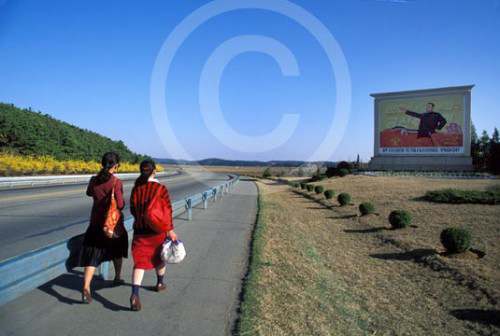 The cult surrounding North Korea’s leaders, Kim Il Sung and Kim Jong Il, is like other place in the world. Every person wears a Kim pin over his or her chest, and every family has portraits of the Great Leader and the Dear Leader in their home. Statues, billboards and paintings are everywhere–from the airport to stores, factories, metros, schools, kareoke clubs and amusement parks. And every child is born under the watchful eye of the Kims, as seen in the photo above of a North Korean maternity ward.

Jeffrey is one of only a handful of American photojournalists to have gained access into North Korea. Not only did he go for Time, but several years later, he manged to get back in for Vanity Fair, a story I will share another time. It only gets more bizarre! 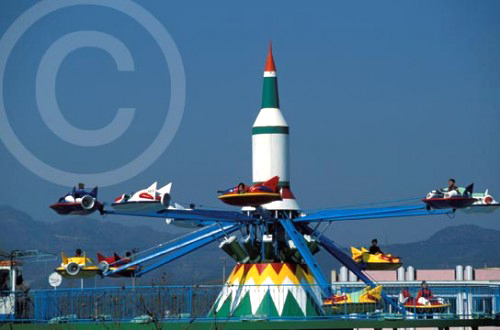 34 thoughts on “Thursday’s Picture of the Week: North Korea”