THEN: WHEN IRISH EYES STOP SMILING

SEPTEMBER 11, 2001: The week prior to 9/11 Jeffrey and I had been in Ireland doing a photo shoot for the Los Angeles Times about Irish music and culture.

Even though our stock agency was frenetic at the time with a recent merger and multiple daily deadlines, we decided to leave our employees in charge for a week so I could jump on a plane with Jeffrey and spend some much-coveted time together.

Prior to that, Jeffrey had been on the road, off and on, most of the year, photographing all over Asia and Europe—everything from a story on Confucius for Smithsonian to Basque terrorists for Reader’s Digest to Thai Boxing for Travel Holiday and Chinese Traditional Medicine for Aperture. When this assignment came along, we knew it was a perfect project to do together, especially since I’d always wanted to celebrate my Irish roots.

And indeed our week together was magic. Jeffrey’s assignment unfolded flawlessly and the Irish people charmed us to no end with their kindness, humor and legendary generosity. When we left the Emerald Isle my half-Irish eyes were smiling. 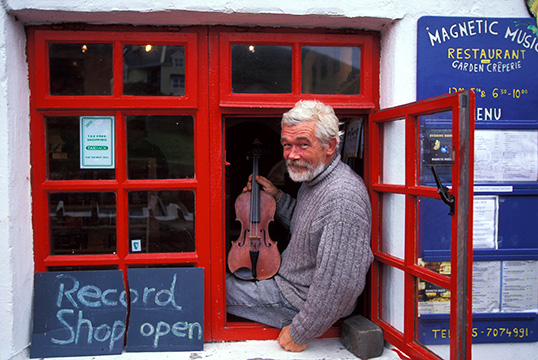 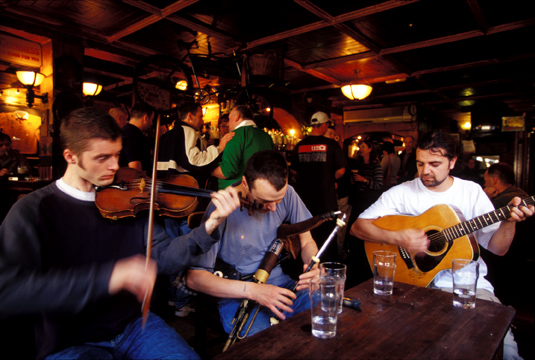 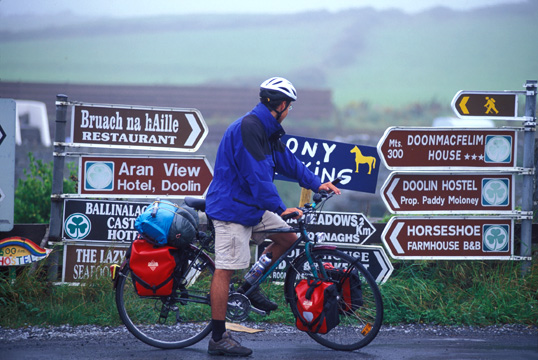 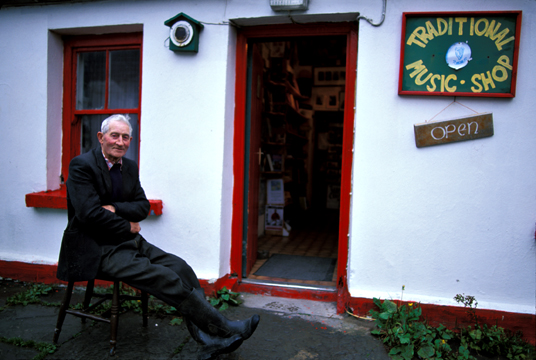 But then everything changed…

(Excerpt from Chapter Twenty-One of my upcoming book)

… We arrive home from Ireland on the evening of September 10th, both exhilarated and exhausted, having flown from Dublin to New York, then on to Denver, before finally reaching Aspen.

The next morning as I’m getting dressed for work, I inhale a large cup of coffee, then flip on the Today Show, hoping to distract myself from the post-travel fatigue chomping at my energy. Weariness is not a luxury we can afford today; we have a full day ahead of us in the studio catching up on calls and emails, along with all of Jeffrey’s film to get processed, edited and captioned in time for our client’s deadline.

While searching through my closet for an outfit to wear, I hear Katie Couric’s familiar voice on the television. Something is different about it though: her usual chirpiness is replaced by a shaky, somber tone. Then I hear Matt Lauer clear his throat, then pause for a moment before saying something about a plane crashing into the World Trade Center.

At first it doesn’t register, but as I pull my head out of the closet and glance over at the television, sure enough, there’s a jetliner smashing into one of the twin towers.

I stand there speechless, staring at the TV. As the image is repeated over and over, I eventually manage to holler, “Honey, come in here. There’s something going on in New York.”

Jeffrey can tell by my voice that whatever this something is, it’s not good.

All I can do is point to the sickening image on the screen. 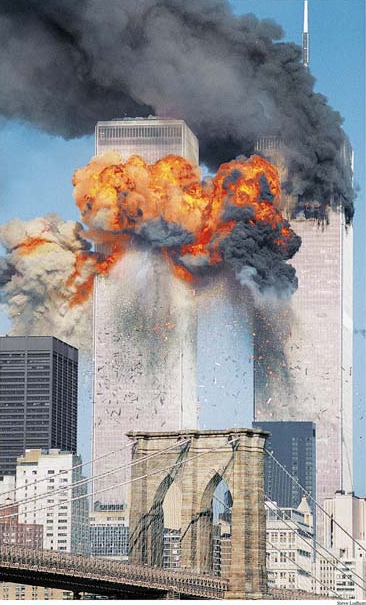 Photo of the front page of the New York Times

The two of us stand there frozen. Then Jeffrey grabs the remote and turns up the volume. Minutes later a second plane crashes into the other tower and erupts into a huge ball of flames.

We know instantly this is no accident.

As we watch the horror unfold, the only words that emerge from my constricted throat are “Oh…My…God,” as my hands cradle my face in disbelief. Many of our friends and colleagues live and work in Manhattan, and our thoughts immediately turn toward them. It suddenly feels hard to breathe.

It’s also impossible not to think back eighteen hours earlier when we were on an airplane in New York. My blood stops moving knowing that it just as easily could have been our plane smashing into the World Trade Center.

Jeffrey and I reel from the devastating images before us, then, like the rest of America, we’re cuffed with more breaking news: the Pentagon has been hit. “Holy shit,” I stammer. Fear begins to crawl up my skin as this massive attack spreads. Who is doing this? we both wonder. The newscasters are asking the same thing. Al-Qaeda is the first suspect, but nothing is clear.

Then, just when we don’t think it could get any worse, the South Tower of the World Trade Center collapses. Jeffrey’s face turns white as he yells at the TV in anger, as if his words could stop it all from happening. I feel nauseous as we watch the devastation.

“This cannot be happening,” I say, as I shake my head, hoping to wake us from this nightmare. But the carnage does not relent; moments later another plane heading toward the White House crashes into the Pennsylvania countryside. What kind of madness has overtaken over our country? I wonder as we brace ourselves for what could possibly be next.

It doesn’t take long before we find out: in the midst of chaos, the other tower of the World Trade Center collapses. Anguish tears at what’s left of our already shredded hearts. We don’t even know anybody inside the towers, but it feels as if part of our own family has just been murdered before our eyes. I can only imagine what the families are feeling whose loved ones are trapped inside.

Jeffrey’s instinct as a photojournalist is to jump on the next plane and get to New York, so he immediately picks up the phone and begins making calls. First it’s to United Airlines trying to book the next flight to LaGuardia or JFK or any other surrounding airport. The shaky voice on the other end of the line tries to remain professional, but is clearly fighting back tears. “I’m sorry sir, but we are unable to schedule anything right now. A national State of Emergency has been instituted and every airport in American has been shut down. The only thing we can do is wait until we are told otherwise.”

Jeffrey’s mind races, and he continues making calls, but he hits nothing but roadblocks. He even dials a well-connected friend in Aspen to see if he can catch a ride on his private jet. Sadly, his friend has employees in the World Trade Center, but he can’t get there either; nobody is flying.

After several hours, Jeffrey finally relents, and like everyone else, he and I stay glued to the television, flipping from Tom Brokaw to Peter Jennings to Dan Rather then over to CNN, as we try to gain a better understanding of what is happening. Very little is clear, except that America is under attack and nobody knows if there’s more to come.

American F-16’s fill the skies and every division of the military and police force is on high alert across the country. We feel safe in our isolated little mountain town, but worry about Jeffrey’s family in Los Angeles, and my family in the Pacific Northwest. We’re also horribly concerned about our friends and colleagues in New York, especially since we can’t reach them; the phone lines are overloaded.

As we watch the broadcast footage of people walking over the Brooklyn Bridge, trying to escape from Lower Manhattan, our thoughts turn to our dear friend Bill Black at Reader’s Digest. All the subways have been shut down so he and thousands of others are forced to make it to the safety of their homes by foot. We also think about our colleagues at Time and Newsweek, and  The New York Times on West 43rd Street, and know that while they must be terrified, they’re also surely trying to piece together all the horrific details of the day to get the news out to their readers.

It isn’t until nearly midnight when Jeffrey and I finally collapse into bed. So much has happened in less than twenty-four hours that our trip to Ireland seems like a distant dream, and Irish music seems about as important as a tiny speck of lint of the colossal carpet of life.

We are both physically and emotionally exhausted, but neither of us can sleep. Instead we lie in each other’s arms and count our blessings that so far, everyone we know is safe…

NOW: A WISH FOR DREAMS 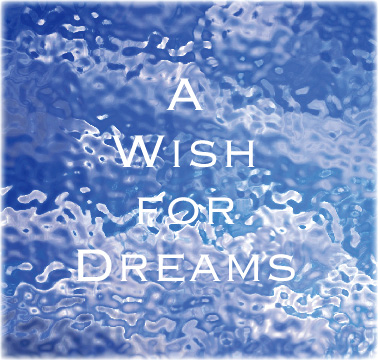 SEPTEMBER 11, 2011: When George W. Bush addressed the nation after 9/11, it was the first time EVER that I felt remotely, semi-somewhat-slightly okay about this man and his ability to run our country. Well, that might be an overstatement…but somehow this guy who called himself “The Decider, Not the Divider” spewed out enough of the right words composed by his speechwriters to temporarily put a band-aid over the massive hole in my heart.

Even when he said such absurd things like, “When I take action, I’m not going to fire a $2 million missile at a $10 empty tent and hit a camel in the butt. It’s going to be decisive,” his fierce rhetoric made the solution seem clean, simple and quick, and it also made us feel like The Good Guys and those other people The Bad Guys.

As we all know though, it was infinitely more complicated than that, and in no time, our country dove into the dark, murky waters of wars, weapons of mass destruction, leader-topplings, Homeland Security, and a plummeting national economy. By the time Bush left office our nation was handed a massive, complex pile of muck intricately woven and delivered on a silver platter.

But enough Bush Bashing (although that felt good—thank you for indulging my rant).

My real point is this: ever since 9/11 I haven’t felt particularly proud of the direction our nation is going. Don’t get me wrong, I’d never want to live anywhere else, and I do appreciate the freedom and opportunities that only our country affords, and I’m also proud of our service men and women—even if I have a hard time believing in any type of war—but I can’t help wonder if we might be able to raise the bar, and start striving for excellence again instead of trying to control what everybody else in the world does?

As I sit here daydreaming about all the possibilities, I wonder what would happen if we started focusing on our own country for a while and started leading by example rather than bombs?

What would happen if instead of outsourcing things like the new Martin Luther King Memorial to China, we supported our own artists and workers at home

What would happen if instead of giving subsidies to oil companies we gave them to environmental or technological innovators?

What would happen if we used the insane amount of money spent on political campaigns to fund arts or mentorship programs?

What would happen if pharmaceutical companies used all the moolah they spent on advertising things Viagra (along with the 500 possible side effects) to find a cure for AIDS or cancer?

The possibilities are endless.

I realize I’m a dreamer, but what is life without dreams? On the 10th Anniversary of 9/11, my wish for America and our leaders is that we all start dreaming again.